When Carolina Herrera celebrated her 35th Anniversary in 2016, the brand debuted a new accessory collection called “Insignia,” an exclusive range that embraces the spirit of CH Carolina Herrera, while combining it with luxury and sophistication.

By reinventing the signature monogram for the brand, Carolina Herrera created a new attribute where design meets craftsmanship.  Featuring the CH initials in three-dimension, the Insignia bracelet fast became the heart of the project, inspiring the creation of other collections, cementing it as the undeniable central character of CH.

“We wanted to do it for CH with clean lines, and we came up with this fantastic design, which I hope is going to be timeless.” – Carolina Herrera

Fast-forward to today, Insignia has become much more than a logo or physical object; it has become a distinguishing feature of the House’s identity, highlighting the simple luxury of everyday accessorizing while epitomizing Carolina Herrera’s appreciation for effortless style.

Now, two years after the birth of the Insignia bracelet, Carolina Herrera de Baez envisioned these initials as the bold emblem for the fragrance collection.  The recognizable CH bottles now have a touch of the quintessential CH symbol and have become not just a fragrance but a token proudly showcasing the golden “H” to women and men who are not afraid to make a statement.

Follow the Carolina Herrera Instagram and stay tuned for the most luxurious reveal of all CH fragrances on May 9th. 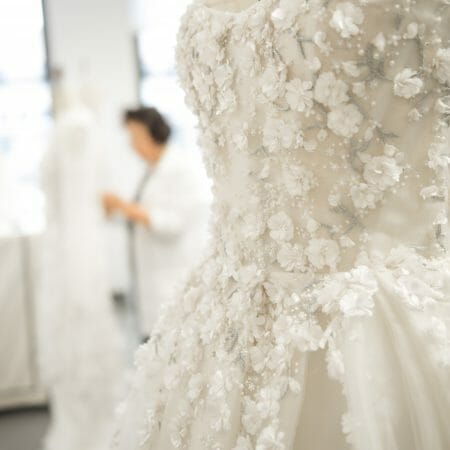 Made with Love, the Carolina Herrera 2019 Bridal Collection